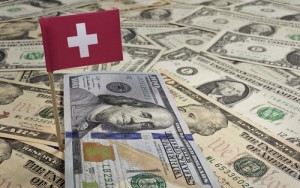 approved by the U.S. congress in 2010, the Internal Revenue Service (IRS) has launched a multi-front assault against major international banks and their large account holders in an effort to recoup previously unreported income. Recent implementation of FATCA legislation has increased automatic reporting and put the pressure on people to self-report their income and asset balances more completely and accurately (see my “Ten Quick Tips” article). While it is thought that all these efforts by the IRS are targeted toward high-wealth individuals, we are starting to see many ordinary citizens and green-card holders with modest incomes being swept up in this dragnet.

During a recent trip to Zurich, Switzerland, where we will be opening an office on June 1, I met to discuss this problem with four attorneys who specialize in different aspects of international tax compliance. The general sentiment was consistent among them all: while high-wealth individuals are still the primary target of the IRS, more middle-class people are starting to find out they also have to comply or face consequences.

In many cases, these people received a U.S. permanent resident card, but left the country decades ago and haven’t been back since. Some of them were not aware that their tax filing requirement to the U.S. did not end when they moved to Europe or elsewhere. There was also a major trend 20 to 30 years ago of European women travelling to the U.S. to give birth so their baby would obtain automatic U.S. citizenship. This, they hoped, would make it easy for their child to get into an American college when the time came.

What they didn’t think about at the time is the fact that they were also burdening their children with a life of U.S. tax requirements. This is due to the fact that the U.S. is unique in the world in requiring its citizens to report their worldwide income and assets no matter where they live. Since no other country requires this, citizens living abroad for decades may well not be aware of this (see our article on the accidental American).

For the vast majority of these cases, the situation is very clear. The taxpayers involved had no willful intent to avoid paying U.S. taxes or reporting the existence of these non-U.S. bank accounts. They were simply not aware that they were required to report their financial information to the IRS. For these cases, the IRS has put a simplified program in place to help them get back into good standing with minimal impact.

The word is spreading. People are slowly coming forward to self-report and get back into compliance. Swiss residents are growing increasingly frustrated with the onerous burdens placed on them by the U.S. government, but at this time there is nothing on the horizon to indicate the reporting requirements will ease up any time soon for U.S. persons living overseas.

This perspective is not unique to Switzerland, but that country has received particular attention from U.S. authorities due to the prior special secrecy status of its banks. While most high net-worth individuals are by now aware of the overall situation and the requirement to report, the remaining U.S. expats that form the majority of residents abroad need to also come into compliance. This does not have to be particularly onerous, but is well worth the effort in order to put this issue behind them and be left in peace by the U.S. tax authorities.