This news bulleting summarizes important issues that are 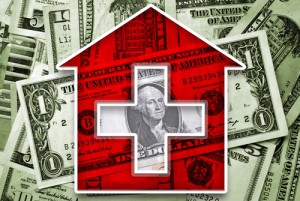 relevant to U.S. expat tax payers. Some of these obviously effect only certain cases. The first item regarding aggressive moves by Swiss banks to flush out United States taxpayer account holders should be especially noted since it will affect tens of thousands of such accounts held in many Swiss banking and insurance institutions. The recent agreement of bank BSI with the United States Department of Justice (DOJ) should also be considered for its considerable impact on that institution’s several thousand U.S. customers.

In light of looming DOJ Program for Swiss Bank deadlines, Swiss banks are seeing the light and offering transparency. If their U.S. account holders have not come clean (i.e., properly reported and disclosed) with their accounts and paid the required taxes, the banks could face increased fines. After Credit Suisse settled for $2.6 billion and Bank Wegelin, Switzerland’s oldest private bank, went bankrupt due to imposed fines, the remaining close to 200 Swiss banks want to keep the damage they might be facing to a minimum.

According to a recent article in the Financial Post, close to 100 banks are now urging their U.S. clients to attain filing, reporting and paying compliance with the United States Government Internal Revenue Service, putting tremendous pressure on such tax payers to comply with FATCA and related agreements.

With BSI SA of Lugano and its associated jurisdictions of India, Luxembourg, Liechtenstein, Israel, and the Caribbean having recently signed a non-prosecution agreement with the DOJ, there are now a total of 13 Swiss banks that are listed as named banks in the Frequently Asked Questions section 7.2 of the 2014 OVDP (Offshore Voluntary Disclosure Program).

What this means for non-compliant account holders, is that the Title 26 Miscellaneous Uniform Penalty has shot up to 50% (from 27.5%) overnight since that program came into immediate effect upon signature of the DOJ agreement if their facts and circumstances dictate their mental state as willful and therefore requiring their participation in OVDP.

In the DOJ announcement, Acting Deputy Attorney General Sally Yates was quoted as saying that “…we are using the information that we have learned from BSI and other Swiss banks in the program to pursue additional investigations into both the banks and individuals.”

We expect many more Swiss and other foreign jurisdiction banks will follow the first 13 and recommend former or current U.S. account holders to make sure they are compliant as soon as possible and minimize penalty rates.

Countries with a Model 1 IGA (Inter-Governmental Agreement) were supposed to report their compliance status to the IRS by March 31st. Some of these banks, however, have requested extensions to April 30th. So this is still in the works. Such banks are expected to switch over and become Model 2 IGAs before the end of April; so keep your eyes peeled for your respective country of residence.

Expats are granted an automatic two-month extension for tax filing to June 15th, no matter their filing status. If you request an extension of this date prior to June 15th, your new deadline will be October 15th.

The FBAR report (Foreign Bank and Financial Accounts) FinCEN Form 114 is due by June 30th. The FBAR report is not submitted to the IRS but rather the Financial Crimes Enforcement Network. The Treasury Department does not grant any extensions to that deadline allowed under Title 31 (Bank Secrecy and Anti Money Laundering Act). This differs significantly from the policy of granting extensions by the IRS under Title 26 of the United States Code (26 U.S.C.) (Internal Revenue Code), so don’t miss that.