Potential Travel Restriction For Those Who Owe The IRS 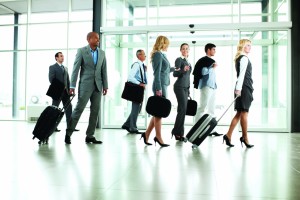 The article below details the proposed laws regarding passport restriction and travel for those that owe the IRS more than $50,000 and are delinquent in their payment status or who have not entered into a collection alternative, i.e. compliance. One can juxtapose this potential law with the current customs hold that the Department of Homeland can use for expats who try to enter the United States, but owe the IRS, and have failed to make payment or payment arrangements. The area that causes concern, in both of these arenas, is the reliability of the data. The IRS is notorious for not having the most current or existing status of a taxpayer available, due to the time it can take for action codes to register on the taxpayer master file.

Taxpayer owes the IRS $56,000. Taxpayer pays down $32,000 and enters in a streamline (under $25,000) installment agreement with the IRS on January 1st, 2015. Taxpayer attempts to travel to London on January 2nd, 2015 but is delayed because the action codes surrounding the agreement on January 1st, 2015 have not yet posted to the Master File and thus translated over to the check attempts at the airport.

The examples can go on and on with hypotheticals, but it’s imperative that if such laws are passed, there is consideration given to these issues.

More about the potential law

Five Stone is a full-service tax firm with offices in Texas and Switzerland. We help taxpayers who have fallen behind on their taxes, for one reason or another, find peace of mind by representing them before the IRS and settling their debt at much lower amounts. We exist to serve others and be good stewards for generations. If you have a tax debt, call us at 800.928.1930 for a free 15-minute consultation.