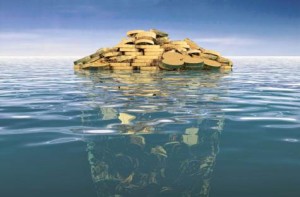 The Tax Division of the Department of Justice has open investigations into numerous offshore banks located in Switzerland. These investigations are part of the Program for Swiss Banks (PFSB) as detailed in a joint statement press release by the United States and Switzerland. There are several upcoming deadlines under the program for Category 2, Category 3 and Category 4 banks. As the program progresses to its final stages, the DOJ has indicated that it will start piercing other jurisdictions. In particular, Israel has been identified as the next prime target.

There have been a series recent developments on this front. Here are just a few examples.

1. On May 1st, 2014, in a federal court in California, former senior vice president of Mizrahi Tefahot Bank, Shokrollah Baravarian, was indicted for conspiring to provide tax evasion schemes for U.S. account holders who had undeclared foreign accounts. Deputy Attorney General James M. Cole was quoted as saying, “[t]his charge results from an ongoing and extensive investigation into the use of undeclared bank accounts in Israel, and demonstrates the department’s determination to find and prosecute those who help U.S. taxpayers evade taxes through offshore accounts located anywhere in the world.”

2. On August 4th, 2014, in another California related jurisdiction, Monajem Hakimijoo was sentenced to six months in prison and one year of home confinement for filing a false tax return in connection with an undeclared bank account at Mizrahi Bank in Israel. Mr. Hakimijoo has also agreed to pay a civil penalty in excess of one million, $30,000 fine and will owe unreported tax, interest and penalties. Mr. Hakimijoo failed to report $282,000 in foreign interest income on his Schedule B and file the related FBAR reports.

3. On August 6th, 2014, Jasmin Gueta of the Business Israel Newspaper for Americans in Israel, wrote an article entitled, “For Americans in Israel, the U.S. tax man cometh.” In this article, Ms. Gueta details several items that raise significant concern. First and foremost are the sheer number of dual American-Israel citizens that live in Israel and have failed to comply with U.S. tax law. Estimates place this number in the hundreds of thousands. Second, Ms. Gueta touches on the tax treaty in place between the U.S. and Israel. The treaty allows an exchange of information to deal with tax evasion related crimes and even offers legal assistance to each nation under the MLAT.

The regulations that have been layered against the Swiss Banks are a prime indicator of the glut of complexity potentially awaiting the Israeli banking system. Martin Naville, the CEO of the Swiss-American Chamber of Commerce summarizes the Swiss banking situation by saying, “over the last 15 years, financial regulations have been layered on top of each other.

Starting with the U.S. QI rules (qualified intermediary), then the EU tax savings agreement, Switzerland’s Rubik agreement with Austria and the UK, FATCA, Automatic Exchange of Information, Common Reporting Standards (CRS), with Financial Transaction Tax, Mifid II and many more in the pipeline. Reporting standards for all the above are very unclear. CRS should in theory solve the complexity, but in practice we are far away from a solutions. Definitions as to citizenship, residency, currency, reporting language, reporting breadth and timing and many other details are still open and will lead to massive duplications of reporting similar facts.” Finally, the Swiss banking system has a combination of large banks with a lot of resources and smaller “Cantonal” or county banks with a smaller pool of resources. Mr. Naville indicates that the approach for both sized banks will have to be the same, however, the big difference will be the amount of resources each bank can proffer to deal with the layered regulatory issues aforementioned.

The combined call to action between the banks and the Israeli government for compliance will have reverberations in the American-Israeli community that have compliance needs. Based on the facts and circumstances of each individual, there are several options to foster compliance. They are as follows:

Finally in the article for Haaretz, Ms. Gueta promotes the streamline filing compliance procedure for those that are foreign residents by having U.S. filing obligations. But Ms. Gueta fails to mention that there can be pitfalls by jumping into the streamline program without obtaining a legal analysis on the willfulness standard for issues such as failure to file of FBAR reports. A legal analysis on the facts and circumstances associated with the reasons behind non-compliance is crucial to understanding the route to take.

From a legal perspective, willfulness can be shown in the United States through a term of art called “circumstantial evidence.” Circumstantial evidence relies on an inference of conduct or acts to take into account the state of mind. Therefore, a typical legal analysis in cases like this will include matters like a determination of how much unreported income is at issue (normally conducted by a certified public account with experience foreign jurisdiction financial recreation and analysis).

Other topics for analysis include whether or not previous tax returns were filed and if so how were questions answered on corresponding schedules, like Schedule B. For some clients the scope of analysis can be the type, frequency and retention of foreign bank account statements, correspondence with tax preparers and previously filed FBAR reports. Finally, civil and criminal penalty calculation should also be conducted to understand the full implications. The key distinguishing factor here is that the 2014 Offshore Voluntary Disclosure Program while having an economically unfair penalty arrangement is a known quantity that if done properly can extinguish both criminal liability and civil audit ramifications. The Streamline program while having a fairly reasonable penalty arrangement (and for those that qualify no penalty) is an unknown quantity that can have both criminal and civil audit ramifications.

Over the latter half of 2014, the DOJ and IRS has increasingly become more proactive towards dealing with individuals and banks related to tax evasions schemes of unreported foreign accounts within the Israeli banking system. This issue directly affects all U.S. taxpayers with undisclosed accounts in Israel including dual-citizens.

Five Stone Tax Advisors is a leading provider of tailor-made solutions for global tax issues. Our International Compliance and Advisory Tax Services Unit is dedicated to helping individuals and banks resolve U.S. tax related issues with compliance, competence and confidentiality with high ethical standards. Our associates are multi-lingual and have serviced clientele in over 20 foreign tax jurisdictions.

We provide a single-source representation model that consists of a team of federally authorized tax practitioners as follows:

(3) Enrolled Agents and Paralegals that conduct forensic analysis of foreign financial statements and recreate these statements into an IRS acceptable format.