One of the most joyous occasions of your life may possibly be your wedding day. But what if your financial debts were making this impossible?

Declaring your love for another, tying yourself so securely to your person, partnering with them for the rest of your life. Many dream of this day for decades before it actually arrives, but what if, due to past mistakes that you could not remedy, though you’ve tried, you were unable to make this day happen? Perhaps debt caused you to wait. Debt so large it would hurt your soon to be partner in life, so you decided to forgo your happiness, forgo your happily ever after, forgo your life for just a little while. And then a ‘little while’ turns into weeks, which turns into months, and even years. With cost of living on the rise and when more than 10 million Americans hold a debt with the IRS, this scenario of putting your life on hold is a common one.

And this is exactly what happened to Elizabeth from Austin. She was ready to begin her life with her fiance, but a looming tax debt hindered her from doing so. That is, until she allowed Five Stone to step in and take on the IRS on her behalf. Here is her story*:

My debt began slowly, little by little, then snowballed into a 5 year battle with the IRS and over twenty thousand dollars owed. 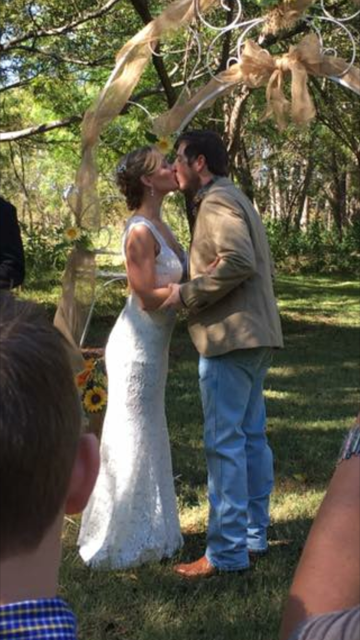 To some, this amount may not seem too significant, but for me it was detrimental. The reason? I was unable to have my wedding due to this looming debt, and there was little hope I would ever be able to pay this massive bill and get my life back on track. Lucky for me, though, I heard about a tax debt-resolution company, Five Stone Tax Advisers, and decided I should call.
This is the BEST decision I have ever made.

I admit, I was skeptical in the beginning. I had sort of lost hope in my situation ever being resolved, but I thought I would give it a try. They are the REAL DEAL. In less time than expected, they negotiated my over $20,000 debt to $50. I still can’t believe it! Without Dora Morales and the rest of the team at Five Stone who knows how long I would have gone owing, and how much more this debt would have grown. If you have a tax issue, give them a call! You will not regret it!

If you are one of the millions who owe the IRS, you don’t have to put your life on hold. Take action, take control, take back your life. Visit FiveStoneTax.com today to see how we can help.

*This story was derived from it’s original source. Some edits were implemented to efficiently portray the overall concept.