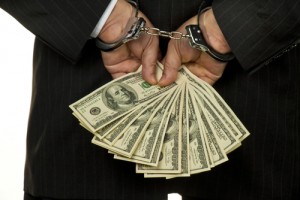 The IRS is taking a closer look at employers who try to evade employment taxes. In 2012, the IRS caught on to several types of employment tax evasion schemes and CPAs, business owners and those involved in the payroll and tax industries should be on the lookout. The IRS makes mention of eight different types of tax evasion schemes which include: pyramiding, the use of unreliable third party payers, frivolous arguments, offshore employee leasing, misclassification of worker status, cash payments to employees, filing false tax returns, and officer compensation treated as distributions.

“Pyramiding” is where employment taxes are withheld from employees for the purpose of paying the government, but, those funds are never actually paid to the government. The main perpetrators of this scheme are businesses that lack profitability, or lack cash for operating purposes. Essentially, the business owner uses the money, that should be paid to the government, to continue funding their operations and the quarterly payments owed to the government continue to grow, with little hopes of them ever being paid. Often times, a business will shut down and open up under another name to start the pyramiding cycle over again.

Between PSPs (Payroll Service Providers) and PEOs (Professional Employer Organizations) there are some great options for a business owner to avoid the headache of payroll processing. Some PSPs and PEOs find themselves not paying over to the IRS the collected employment taxes from businesses making them “unreliable third party payers”. When some of these big payroll companies close up shop and “go broke” they leave in their wake millions in unpaid employment taxes. It is up to the employer to exercise a level of precaution in the selection and monitoring of any payroll provider chosen. Signs that a PSP or PEO might be unreliable is if it does not utilize the EFTPS (Electronic Federal Tax Payment System) or if it requests to change your address of record to that of the third party payer.

Frivolous arguments are common occurrence in any case which involves a substantial liability and payroll tax cases are no different. Largely, most of frivolous employment tax arguments revolve around incorrect interpretations of “Section 861” and other parts of the IRS code. An example of the misuse of the tax code, is the improper use of Form 941c which is frequently used to try and adjust figures in order to gain a refund on previous taxes paid. If you try and use or promote a frivolous argument in regards to payroll taxes you will definitely lose and be held responsible for the money which you gained in the process plus penalties and interests and maybe even jail time.

Wrongful offshore leasing is sometimes used to avoid payroll taxes. Although offshore employee leasing is legal, the IRS has seen where an individual will resign from a company and sign an employment contract with an offshore leasing company. The offshore leasing company then leases the employee back to the firm which they resigned from and performs the same job as before. Most of the funds that are now paid to this leased employee are now sent overseas as “deferred compensation”. The “deferred compensation” is then paid to the individual as a “loan” thus avoiding the payroll taxes. The idea here is that the money moves hands so many times and even goes overseas that it becomes hard to track and if it is caught the individual claims that “deferred compensation” is not subject to income tax or employment taxes. One promoter of this scheme found themselves in jail for 70 months when they were convicted of defrauding the government.

An all too common employment tax evasion scheme (in some ways this could be a legitimate mistake) is the misclassification of a worker’s status. An employer sometimes will treat an employee as an independent contractor to avoid paying employment taxes. A rule of thumb for employers is if you control the work, product, and delivery they are an employee. Employers who misclassify an employee as an independent contractor will be liable for employment taxes that should have been paid, plus a penalty.

Paying employees in cash and not collecting or retaining employment taxes is always a no go! I hope I don’t need to explain this one.

Sometimes people will go to insane measures, like filing false tax returns or not filing returns at all. Some people intentionally understate wages to avoid paying the correct (higher) payroll tax amount. If you do this, you are lying to the IRS and you will end up getting caught. Then, you will owe the IRS the taxes you should have paid in the first place.

In an effort to avoid payroll taxes, some S-Corp officers will treat officer compensation as a distribution to avoid the payroll tax associated with the officer’s salary. By law, officers are required to be paid a salary and that salary is to be subject to payroll taxes.

To summarize everything into a nice little statement, DON’T DO IT! The IRS has gotten really good at tracking down these schemes and with an 81% incarceration rate (Yes! People go to jail for this!) it is probably in the best interest for any business to keep everything legal and legitimate.

Five Stone Tax Advisers has years of experience negotiating directly with the IRS to get the best possible outcome. Our Tax Preparation and Planning unit has a team of tax attorneys, certified public accountants and enrolled agents that form a single sourced point of contact to ensure you stay compliant and pay less taxes.