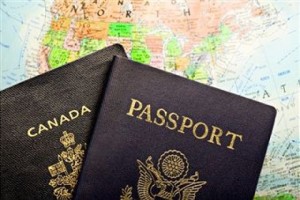 Per the Intergovernmental Agreement (IGA) between Canada and the United States, on July 1st, 2014, information sharing between both countries will commence. The focus of the information will be on tax information related to those individuals that have dual-citizenship (US/Canadian). In both Canada and the United States, there have been several political movements to end these types of agreements. In particular in the United States, the Republican Party has several advocates that want to repeal the Foreign Account Tax Compliance Act of 2009 (“FATCA”) which was incorporated into H.R. 2847, the Hiring Incentives To Restore Employment Act (P.L. 111-147) or the “HIRE Act.”

Canada recently had suit filed against it by Canadian taxpayers claiming that the IGA signed with the United States is unconstitutional. Assuming the suit were to be successful and the IGA were to be deemed unconstitutional in Canada, the result would actually be a worse outcome than status quo. Under the current regime of IGA and FATCA, Canadian financial institutions provide information to the Canadian government to disclose to the United States government. This step provides temporary disclosure insulation and time to engage adequate representation from a US federally authorized tax practitioner for those dual-citizens. Removing the IGA would force the Canadian banks to provide this information directly to the IRS. The disclosure would be immediate and the dual-citizen taxpayer would have very little time to complete the steps necessary to get the best possible outcome. As FAQ 21 indicates, a taxpayer would become ineligible for protection under the Offshore Voluntary Disclosure Program if “the Service obtains information…that provides evidence of specific taxpayer’s non-compliance with the tax laws or Title 31 (FBAR) reporting requirements.” Finally, it should be noted that from the US perspective, FATCA would still be in full effect, not to mention the requirements of the US system of taxation for the reporting of worldwide income.

For those “non-willful” dual-citizens that are both delinquent with their US tax return filing (1040) and informational returns (FBAR, 5471, 8938, 3520) requirements, the IRS has provided alternatives to the harsh uniform penalty system under the 2014 OVDP {27.5% to 50%}. The IRS has the domestic (residing in the US) and foreign (residing outside the US) streamlined filing compliance procedures. The domestic streamlined program has a more reasonable uniform penalty of 5%. The foreign streamlined program does not require a penalty to be paid. Additionally, the streamlined programs require only six (6) years of FBAR reports and three (3) years of delinquent (only allowed in the foreign program) or amended tax returns. In contrast, the 2014 OVDP program requires eight (8) years of each. Finally, the streamline program requires the taxpayer to certify that their non-compliance is due to non-willfulness or as the IRS describes it, “negligence, inadvertence, or mistake.”

These options are in response to feedback from the 2009, 2011 and 2012 offshore voluntary disclosure initiatives that either lacked options for non-willful taxpayers or gave options with significant restrictions. The current versions of the domestic and foreign streamline programs give a wide berth for taxpayers like non-willful dual-citizens to become compliant in an efficient manner. The IRS has also offer those non-willful taxpayers that are in one of the previous programs but have yet to close the case (sign off on form 906), to take advantage of “transitional treatment” to the streamlined programs.

It is likely that these programs will not be available in perpetuity. At some, like the offshore voluntary disclosure program, the IRS will have to close these programs or place significant limitations to their availability. The IRS can be generous but as history of this organization has shown, only to a point.

Five Stone Tax Advisers doesn’t advocate for FATCA. We represent taxpayers harmed by FATCA and help alleviate increasing penalties. Don’t wait until it is too late. We can help dual citizens reach compliance with the IRS.

Five Stone Tax Advisers has years of experience negotiating directly with the IRS to get the best possible outcome for you. Our International Tax Advisory and Compliance unit has a team of tax attorneys, certified public accountants and enrolled agents that form a single sourced point of contact that will provide services for all the legal, compliance and financial reconstruction aspects of these cases.