An overview of the DOJ’s pattern of aggressive action. 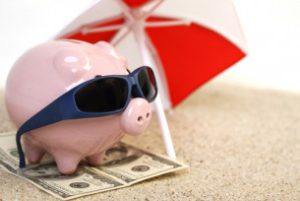 efforts started with Switzerland in 2009 and have carried over into other countries such as India, Israel, Liechtenstein, Luxembourg and the Caribbean. These efforts have produced over 50,000 disclosures resulting in over $7 billion in tax (PDF: DOJ May 2015 Hearing Report), interest and penalties to the United States Government. Finally, the Tax Division has 23 fugitive facilitators (facilitating banks) under indictment, twelve guilty pleas and two convictions at trial.

With this backdrop, the Department of Justice has maintained a historical pattern of aggressive action around the summer months starting with March and going through August. Here is a quick timeline of historical events during these months:

Clearly, the Department of Justice is ramping up its efforts regarding its Program for Swiss Banks with the cadence of banks signing NPAs expected to increase rapidly over the summer. A signed NPA will add to the list of foreign financial institutions or facilitators that invoke the dreaded 50% uniform miscellaneous penalty in OVDP. This means that the penalty for any U.S. account holder at such a bank jumps from 27.5% to 50% effective immediately after the agreement with the DOJ is signed. The DOJ actions also prime the IRS to make further changes to OVDP or Streamline filing, which are rarely ever in favor of the taxpayer.

History has a way of repeating itself. The DOJ and IRS are creatures of habit in this regard. For individuals who hold undisclosed foreign financial assets in Switzerland or other European countries, it is absolutely critical to seek the assistance of a Federally Authorized Tax Practitioner. By the time you get to July or August of 2015, such U.S. expat tax filers may well find themselves in a much worse position than they are in today.