In almost every client interaction I have in regards to an 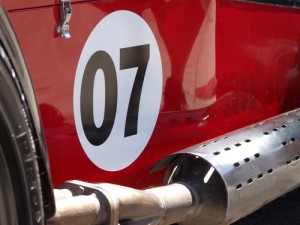 undisclosed offshore bank accounts and FBAR compliance, I get a series of questions regarding the current interpretation of the law around willfulness: “What is the law in this area and how does it apply to my facts and circumstances?” Many times clients will have conducted research online and performed their own non-attorney legal analysis of their perceived issues. While I applaud any and all efforts to self-educate and improve the knowledge base on this topic, as the common saying goes, a person who is her/his own lawyer has a fool for a client.

That being said, it is both State bar and Circular 230 ethical duty of an attorney to explain how the law works and what the duties of the taxpayer are in order to comply with the law. This leads me to spending significant time filling in logic and knowledge gaps, educating on how to interpret specific holdings and sometimes telling clients what they do not want to hear, i.e., why “the square piece cannot fit in the round hole.”

This article today will attempt to provide a simple (I stress the word simple to my fellow colleagues) history of the law in this area as of the most recent statutory progression and the development of the sparse case law. I will not attempt to provide an in-depth legal analysis of each case but rather boil down the essential take-aways for the lay person.

To begin with, it is essential to understand the difference between Title 31 and Title 26. Title 31 is the Bank Secrecy Act, Title 26 the Internal Revenue Code, both of which fall under the Treasury Department.

The FBAR is a creature of the Bank Secrecy Act. The report is filed with the Financial Crimes Enforcement Network (FinCEN) and not the IRS, a very common misconception. Until 2003, FinCEN had the sole authority to enforce FBAR violations (assess, penalize, collect, etc.). Based on the statistical data, this did not prove fruitful.

In the infinite wisdom of the Treasury Department, FinCEN handed this power via “Memorandum of Agreement” over to the IRS (also known as the world’s largest collection agency). Fast-forward to modern day, the IRS now has the power to issue summonses, assess and collect civil penalties, etc. in regards to FBAR violations. Under the guise of FATCA the IRS has even created its own version of the FBAR (see IRS Form 8938).

Second, the Jobs Creation Act of 2004 ushered in three very big changes in regards to how FBAR penalties are determined under the standard of willfulness.

With this basic framework in mind, let’s walk through the case law.

Sturman (1991) is one of the first FBAR cases to discuss willfulness. In this case the standard of willfulness is a voluntary, intentional violation of a known legal duty. The court touched on circumstantial evidence and conscious avoidance as methods that can be used to prove willfulness. Sturman was shown to be willful based on two factors.

First, he indicated that he read and acknowledged the portion in Schedule B in regards to the requirements to file an FBAR. Second, he signed the tax return under penalty of perjury.

As you will see below, in Williams III the court uses a similar analysis, but removes the first requirement as Williams did not read Schedule B and thus did not have direct knowledge but yet was still shown to be willful under constructive knowledge.

Cheek (1991) is a Supreme Court case that is based on the willful failure to file federal income tax returns. This case revolves around the intersection of the failure to report income and willfulness. Most people with FBAR-related issues miss the fact that willfulness has to be examined for both the income portion, i.e. income not reported in the foreign accounts, and the FBARs that were not filed. The standards for willfulness in both cases are different.

In Cheek, the Court held that a genuine, good faith belief that one is not violating the Federal tax law based on a misunderstanding caused by the complexity of the tax law (e.g., the complexity of the statute itself) is a defense to a charge of “willfulness”, even though that belief is irrational or unreasonable.

Ratzlaf (1994) was not an FBAR case but did involve a Title 31 violation. Ratzlaf was charged with what is known as “structuring.” This is depositing cash in certain structures so as to avoid the Cash Transaction (CTR) Reporting requirement by banks.

The Supreme Court determined that the standard of willfulness is an intentional violation of a known legal duty. In essence, the taxpayer has to have direct knowledge (as opposed to constructive knowledge) of the duty in order to be considered willful.

Simonelli (2008) is a very interesting procedural case. The taxpayer was assessed the FBAR penalty by the IRS but before the suit for collection could take place in District Court, the taxpayer discharged all of his liability in bankruptcy.

Obviously the government did not like this end-around and objected. The court held that the FBAR penalty was not a tax and therefore not dischargeable in bankruptcy. Simonelli gets points for creativity though.

Williams II (2010) was a District Court Case in the Eastern District of Virginia. Unable to find relief in Tax Court, Williams took his case to District Court and won. The court went easy on Williams and determined that his actions did not rise to the level of willfulness. The court reasoned that the holding in Sturman set precedent.

There needs to facts and circumstances that support willfulness in conjunction with the failure to check the box properly in Schedule B on a tax return signed under penalty of perjury.

NOTE: As an aside, most clients miss the fact that signing a tax return under penalty of perjury is demonstrative evidence of constructive knowledge as to having read the contents of the tax return and being put on notice regarding any additional duties such as filing an FBAR to correspond with Schedule B.

Williams II gave hope to many individuals in the OVDP program at the time. The ability to opt out of the program and survive normal examination seemed more palatable. That hope was extinguished with Williams III.

On appeal in the fourth circuit, Williams III (2012) reinforced the concept of conscious avoidance from Sturman as a method to satisfy willfulness. Conscious avoidance significantly lowered the standard to prove the mens rea (mental state of the taxpayer) for willful violations from knowing to reckless.

The end result here is that the actions taken by the taxpayer (whether good or bad motive) that result in the concealment of income plus the failure to seek information or guidance constitutes willfulness.

A couple of items are of note here. First, statements made by the taxpayer during his cooperation with the IRS and at trial came back to bite him. Be careful what you say and to whom. Second, upon learning of the FBAR requirement that taxpayer continued to violate his obligations. In this case the taxpayer checked no on a tax organizer for the current year filing for foreign bank accounts.

Current and future year compliance is crucial to show that you have been rehabilitated from past delinquency. This a common rule of thumb for all tax-related issues not just FBAR. Finally, the taxpayer was well-educated. The IRS will always refer to these folks as “sophisticated.” Doctors, Engineers, Lawyers, MBAs be warned. Whether you like it or not, you are officially a sophisticated person in the eyes of the IRS.

McBride (2012) came directly after Williams III and had the same basic legal questions. McBride developed the theory that taxpayers can be imputed with “constructive knowledge” of the FBAR filing requirements. This determination can be made simply by showing that the taxpayer signed the tax returns under penalty of perjury (see my note above).

More importantly though, McBride watered down the standard of Willfulness even further. Now the standard can be met by both reckless behavior (conscious avoidance in Williams III) and a term called willful blindness. Per the court, willful blindness occurs when “there is a high probability that a fact exists and the taxpayer must take deliberate actions to avoid learning of that fact.”

Zwerner (2014) deals with several issues including the ramifications for being caught making a quiet disclosure, the standard of proof for willful violations in a civil context and the eighth amendment challenge to excessive fines and penalties.

Zwerner made a quiet disclosure and was detected via audit by the IRS. The results of the audit were penalties and interest of over three million dollars. The standard of proof used by the jury was the preponderance of evidence. The jury ruled in favor of the government and certified a penalty of over two million dollars. It was hoped that Zwerner would challenge this verdict under the eighth amendment but he ultimately settled with the IRS for the value of the account. To note, Carl Zwerner was 87 years old at the time of the trial.

As you can see from these cases, the standards of willfulness have been lowered considerably over time and what may not seem as a willful act on the part of a taxpayer may well be considered as such by the IRS and the courts. Decisions on which venue and option to choose for coming into compliance need to be considered carefully and evaluated on a case-by-case basis to ensure the best outcome.